Teaching other flying is a very demanding task but it also gives extraordinary satisfaction. It allows you to open the door to a full career pilot by the opportunity to quickly gain experience that allows you to go to many different sectors of aviation. Teaching flying is also a perfect complement to professional work as an airplane pilot, providing a balance of experience gained during flying. 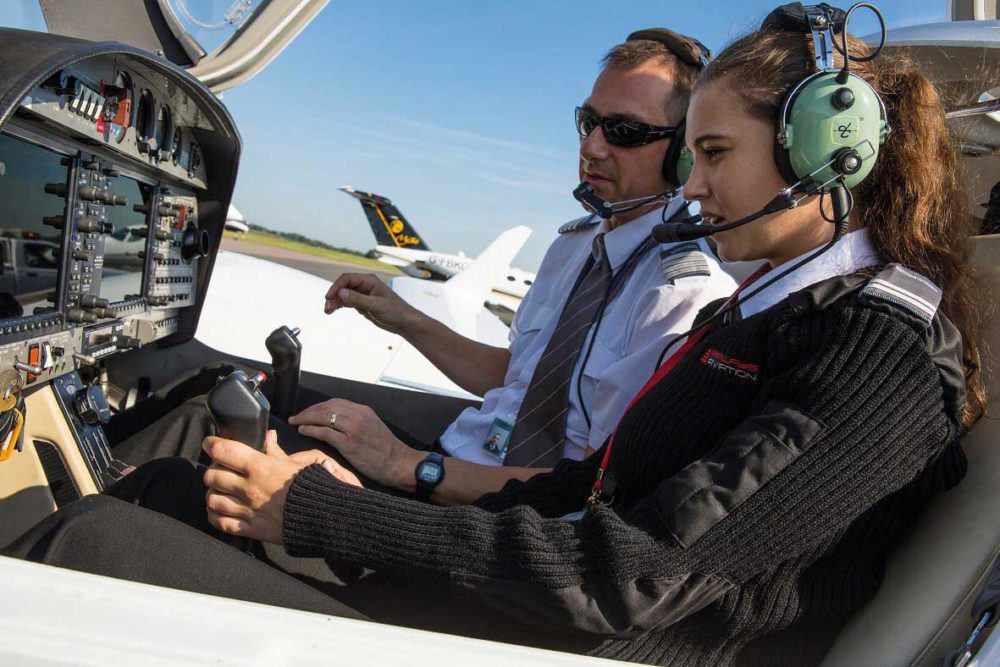 FCL.915.FI FI — Prerequisites. An applicant for an FI certificate shall be at least 18 years of age and also:

(b)  additionally, for the FI(A):
(1)  hold at least a CPL(A); or
(2)  hold at least a PPL(A) and have:
(i) met the requirements for CPL theoretical knowledge, except for an FI(A) providing training for the LAPL(A) only; and
(ii) completed at least 200 hours of flight time on aeroplanes or TMGs, of which 150 hours as PIC;
(3)  have completed at least 30 hours on single-engine piston powered aeroplanes of which at least 5 hours shall have been completed during the 6 months preceding the pre-entry flight test set out in FCL.930.FI(a);
(4)  have completed a VFR cross-country flight as PIC, including a flight of at least 540 km (300 NM) in the course of which full stop landings at 2 different aerodromes shall be made;

Applicants for the Flight Instructor Rating FI(A) shall have passed a specific pre-entry flight test with an FI qualified in accordance with FCL.905.FI(i) within the 6 months preceding the start of the course, to assess their ability to undertake the course. This pre-entry flight test shall be based on the proficiency check for class and type ratings as set out in Appendix 9 to this Part.